How to check quality of green plants 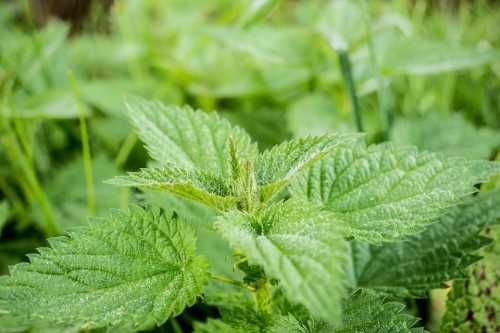 It’s pretty awesome living in a place where you cannot only buy weed legally from a seed bank but where you have the option to choose from a selection of strains, concentrates, edibles, and topical as if it was a mere trip to the gas station but must always consider the following factors to check when selecting quality green plants.

Indicating high terpene content for pungency is directly associated to potency and terpene content, so identifying for a high-quality cannabis bud should possess a pungent and identifiable smell. Alternatively, inferior quality buds often lack any smell or smell like hay which is the sign of poorly grown or cured plant. Observe the rich scents of coffee and chocolate for they are typically indicative of an indica strain and sharp citrus notes are generally indicative of a sativa to cite the difference between a good and poor quality product.

Quality cannabis is primarily green in color with a wide range of accent colors and though the shade can range from light green to darker green. You must consider the bud if it does come from a healthy plant. It is uncommon for quality buds to have hints of purple, pink, blue, etc. However, buds that distinguish a color of red, yellow, tan, or brown is an indications that it was generated from an unhealthy plant. Buds that looked bleached white are the victim of light burn which is an unfavorable growing condition in which plant is subjected to extremely high-intensity light and should be avoided.

Indications are highly recommended for newbies when it comes to differentiating the product just like an indica buds should be tight and dense, while sativa buds are often more light and fluffy with more pistils that appear to be a little orange or red in color than indica buds. However, when grown carelessly, indica buds can take on sativa appearance with open, incomplete buds and visible stems. Hybrid strains often share structural traits of both indicas and sativas.

For proper grooming, you must properly trim the leaves that surround the cannabis buds to avoid decays and pests. Quality cannabis buds that are tightly hand-trimmed are known to be properly grown and attended. Avoid cannabis buds that have been machine trimmed for some has mangles buds or disrupted trichomes that also indicates of poor attention from a grower hastening its harvest or even an untrimmed bud with excessive leaves.

Trichomes stores cannabinoids and terpenes which are significant to the existence of cannabis plant, that is why plant must be properly planted, grown and harvested to obtain buds that are densely packed with ripe trichomes. Trichome density is relatively easy to distinguish with the naked eye; i.e. how ‘frosty’ is the bud? Quality buds appear to be covered in trichomes that sparkle like crystals, whereas poor quality buds will lack in trichome coverage.

Male cannabis plants produce pollen sacks which are undesirable to smoke, while female cannabis plants produce the quality buds known for its effectiveness brought to consumers. Strong female genetics remain female even though the potential stresses encountered while growing. Sometimes, female cannabis plant has a tendency to produce either male flower sites or bananas (also called nanners) due to too much explosion to stress and even time. These should be avoided because as your plant views death as imminent, its final attempt is to self-pollinate and reproduce after being stressed and likely resulted in poor or unacceptable quality. Thus, the earlier in its lifecycle, the plant shows hermaphroditic traits, the higher likelihood the bud is seeded.

Quality cannabis buds are free from mold and pests. Mold appears as white powdery mildew or grey fuzzy mold. Insects like mites, gnats, thrips, and aphids can leave the fecal matter, eggs, and even dead friends behind on your buds.

Healthy plants have the best chance of producing a robust cannabinoid profile, and while most people are looking for maximum THC content, one of the most beneficial cannabis compounds is called CBD. Even if it doesn’t get you high, athletes and travelers find it incredibly helpful for pain relief.