In which countries is it legal to consume marijuana 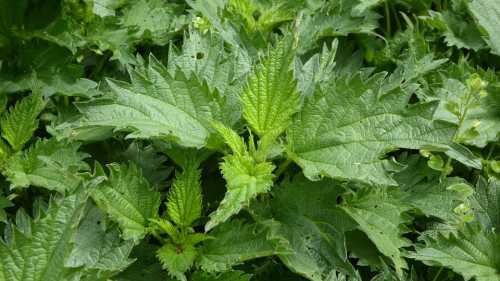 As the effects of marijuana brought tremendous changes to human life including the typical incidents such as molesting and raping our little children and even suicide, several laws were passed and approved to address these issues. Regulating and prohibiting the trading and possessions of illegal drugs may bring a little comfort to those who aren’t in need, but also brought inconvenience to those who badly want it. That’s why there are several countries who promote and invest in this kind of industry for sure it’s a great hit of profit catering the consumers to freely purchase Cannabis seed and smoke it recreationally with little to no chance of being arrested, although you could get hit with a fine. Here are some of the countries where you can consume marijuana legally and freely:

In 2012, the country had decriminalized the possession of up to 20 grams of marijuana, allowing a small quantity to cultivate, but smoking in public was still illegal. This simply means that in the South American country, the sale of weed is illegal and so is transporting it, but one can legally grow up to 20 grams for personal consumption.

Though medical marijuana has been legalized in this country, peddling of weed is technically illegal. However, it is legalized and regulated by some cities. The country led by Justin Trudeau is currently working on legalizing recreational cannabis.

Medical marijuana is legal and the usage of cannabis comes with some flexible circumstances in this country. Czech laws don’t consider the initiation of the drug violates its rules but the possession of large quantities is technically illegal, but purchasing and possession of up to 15g are decriminalized in the country.

It is legal to grow, sell and also consume cannabis in Uruguay as it legalized Marijuana in 2014but only pharmacies and on a government registry are permitted to sell the drug to citizens over the age of 18.

Marijuana in Spain is not forbidden as long as you initiate for private use only inside your home. However, it is illegal to transport it or sell it.

Possession of weed is not entirely illegal in the US for in some states like Colorado, Washington, Oregon, and Alaska it is legalized including Hawaii and Vermont that have passed medical marijuana laws.

Portugal has decriminalized all kinds of drug possession and consumption of cannabis, as long as you don’t have more than a 10-day supply. You can transport and grow your own but can’t trade them.

Marijuana in the Netherlands is legal for use in coffee shops (not the normal cafes). Such products are available and can be smoked in designated coffee shops.

In 2013, the country decriminalized marijuana for people over 18 with the possession of 10 grams or less of the drug.

Romania waited until October 2013 to legalized marijuana. The Eastern European country has legalized medical marijuana derivatives allowing people to have products that contain cannabis compounds rather than the green itself and is legal for medicinal use under certain conditions.

Marijuana is already a part of their culture even in ancient times, so even if it is illegal, it is tolerated in several provinces, due to its large participation with Hindu spirituality and traditional medicine. Worshippers in Hindu holy cities like Varanasi can obtain bhang (a cannabis-infused beverage) and other marijuana edibles from any government-authorized stores.

Although marijuana has existed for a long time in the Jamaican and Rastafarian culture, its use was illegal until early 2015, when lawmakers voted to legalized the possession of up to two ounces equivalent to 56.6 grams and allow users to cultivate up to five plants in their home, the Guardian reported.