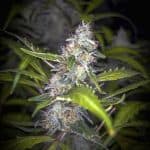 How to Feminize Marijuana Seeds

Growing marijuana can be fun especially when one uses feminized marijuana seeds because this means they won’t have to worry about dealing with males when harvest season comes. Knowing how to feminize seeds is a huge plus as it ensures that one will always have a steady batch of female seeds available.

In this article, we are going to learn how to feminize cannabis seeds as well as the different methods used to do this. It is going to take a bit of work, but the results in the end will make everything worth it.

Before one can even think about feminizing marijuana seeds, one must first know and understand the difference between male and female plants. Many cannabis growers are unable to tell the gender of their plants, which is a common problem. Understanding the difference between male and female cannabis plants requires one to know the hereditary functions of both.

Female plants produce flowers when they mature, and these flowers are the cannabis once they become dry and ready for harvest. Male plants, on the other hand, have no flowers but instead, exude pollen that pollinates other female plants.

Pollinated female plants will produce seeds instead of cannabis. This also causes the female plant’s THC levels to drop, and its buds will also be full of seeds. Those who wish to grow cannabis need to have female plants and remove any male plants in the grow room. But how can one tell whether a cannabis plant is male or female?

Male cannabis plants appear tall and thin and only have a few leaves and branches. Male plants look “unhealthy” because of their lanky appearance and height. The nodes of male marijuana plants have round balls, have low THC levels, and do not produce flowers. Male cannabis plants are only needed by growers who want to produce their own seeds. Male plants should be removed from the grow room if one wishes to grow cannabis.

Female plants are the exact opposite of their male counterparts as they appear healthier and have more branches. Not only do female plants grow in height, but they also grow in width, too. Little hairs appear on the ends of female plants’ branches right around the start of the flowering season.

Females can also be distinguished by their nodes which look tiny balls with a bunch of little hairs growing out of them.  Female cannabis plants produce flowers and usually have high amounts of THC. Raising feminized marijuana seeds has a 95% chance of producing female plants.

Growing a crop from feminized marijuana seeds is saving up space and ensuring a mostly-female harvest. Feminized seeds are an efficient option for indoor and outdoor growers. Resources, grow space, and time will not be allocated to plants that will end up getting discarded after the 12-12 light cycle. Outdoors, female plants provide one with a good way of preventing gorilla crop pollination.

Besides buying the seeds from trusted seed banks, there are also other alternatives that growers can use to produce their own supply of female seeds. Just think of how awesome it must feel to produce a batch of Bruce Banner strain seeds without having to purchase from a seed bank.

Here are the 3 most common methods used in creating feminized seeds:

Colloidal silver is a substance that is produced by suspending microscopic particles of silver in liquid. These silver particles measure no more than 100 nanometers and cannot be seen by the naked eye. Bottled colloidal silver can be purchased online through shops like Amazon or made at home which is a relatively simple task. If one is looking to use it for only a few times, then it is best to just purchase the colloidal silver instead of making it on one’s own.

The substance works by impeding the cannabis plant’s female flowering hormones. This results in the male hormones dominating the females, and in turn produces male flowers. This basically turns the female plants into healthy males. The pollens that come from the male plants are used to pollinate other female plants which produce female seeds after.

When pollinated, cannabis can yield hundreds (and sometimes thousands) of seeds - using the colloidal silver method guarantees that one consistently gets a healthy amount of feminized seeds.

To use this method, spray the colloidal silver on the plants’ branches every three days before switching to the 12/12 light cycle. Continue spraying until the first male flowers become visible. The more one uses colloidal silver, the more pollen sacs are produced. As the male plants mature, it will produce pollen that can be collected and used on the females.

Gather the new batch of feminized seeds and raise them to get a new generation of female crops in your garden.

Silver Thiosulfate, or STS for short, is a chemical mix that is used for producing feminized pollen. STS is the most reliable and commonly used method for creating feminized seeds. Female marijuana plants rely on ethylene production to form flowers. No ethylene means the female plants will produce males rich in feminized pollen.

STS suppresses the production of ethylene in plants. When properly applied on cannabis plant’s bud site, the plant does not produce ethylene. Again, male flowers are formed when ethylene is absent.

Making STS might seem complicated at first, but it’s actually as simple as mixing a powdered juice drink. Silver thiosulfate is mixed up into two separate parts known as “stock solutions.” The stock solutions are categorized as A and B. Solution A consists of a mixture of distilled water and silver nitrate, while solution B consists of distilled water and sodium thiosulfate.

These solutions can be stored in light-proof bottles and get refrigerated and sealed for several years without getting damaged. When both A and B are mixed together, the resulting solution is diluted using distilled water before it is applied to the plants. Store the STS (both diluted and full strength) away from all sources of light. When stored properly it can be preserved for up to 9 months but using a freshly mixed batch of STS offers a better chance at getting great results.

Make sure to have protective materials such as goggles, gloves, and a safety mask when mixing the solutions. STS can leave behind burns on one’s skin and is also toxic when inhaled. Remember not to use any metallic objects when producing STS as these can reduce efficiency and alter the material’s composition. Only use plastic when making STS.

How to Mix STS

Get another plastic cup and fill it up with 30 mg of distilled water and 1.3 mg of STS. Mix slowly and carefully until the STS has dissolved. Now, mix the contents of both glasses using a plastic spoon and make sure to wear gloves and a mask while doing it.

If done right, the user will end up with 50 ml of silver thiosulfate, which is too potent to use on cannabis plants. One can tone down its potency by adding the STS to 400 ml of distilled water in a bottle and shake the mixture until it is completely mixed. This now leaves one with 450 ml of STS which is still too concentrated for use on plants.

To further remedy this, take 100 ml of the mixed STS and add it to 400 ml of distilled water. Now, one has 500 ml of usable and plant-friendly STS. Use the mixture on the same day it is made to get maximum efficiency. When not in use, store the STS away in a cool, dark place. The mixture can last for up to 15 days, but each passing day makes the mixture less potent.

Spray the STS on the leaves of your cannabis plants until they are fully covered in the mixture and dripping. It’s recommended to remove the plant that one intends to spray from the grow area to avoid spraying the STS on the other plants. It’s best to begin spraying 4 to 5 days after flipping your lights just as they get turned off. This allows one to spray the plants without the fear of causing damage to them. Respray the plants using the same process after 10 days.

Male flowers with pollen sacs will appear on the sprayed plants, and this pollen can be used on other plants which will produce seeds with all-female genes. One can use the pollinated plants and make extracts from their resin because the number of seeds that they produce is going to make them useless. The sprayed plants will eventually have to get discarded as they’re going to become too toxic to be used.

When making feminized seeds using STS, one can combine different strains, thus resulting in a feminized hybrid that one has made himself, which is very satisfying. For instance, one can combine a K Train strain with a Critical Cure strain and get a different phenotype with various structures and qualities.

This is an all-natural method of creating feminized seeds which also happens to be the simplest one as well. However, its biggest drawback is that it’s unreliable and may not produce that many feminized seeds. The basic premise of this method is that some female cannabis plants will begin growing male pollen sacs if they are left in the flowering state for too long. This is a last-ditch effort by the cannabis plant to self-pollinate so it can at least produce a few seeds near the end of its life cycle.

One can collect the male pollen sacs and use them to pollinate other feminized plants. To do this, one should evenly cover the female’s buds with pollen 2 to 3 weeks into their flowering stage. Females that get pollinated in this manner will begin producing all-female cannabis seeds. One must observe caution when pollinating plants through the rodelization method so that one will only pollinate some of the plants while leaving the other ones alone so they can be used later for personal consumption.

Even if one were to get male pollen sacs through this method, the amount of pollen produced is much lower compared to typical male cannabis. And since this method is all-natural, one can easily implement it in an organic grow.

While all the methods mentioned above are effective at producing female seeds, they require plenty of work and effort. Instead of tiring oneself out, why not just order from the best seed bank for feminized seeds? Royal Seed Bank sells feminized seeds from over 350 strains made available through 7 of the world’s most renowned seed banks.

Royal Seed Bank is known the world over for comparing the most popular strains at affordable prices and it has been considered as one of the best places online to shop for feminized cannabis seeds. They have everything from Skunk #1 all the way to Cookie Family seeds. They offer worldwide discreet shipping and give the best strains for reasonable prices.

All it takes is a few clicks to complete a transaction with our site, and you won’t have to worry about your safety because we strive to protect our customers’ personal and financial information. Every transaction conducted with Royal Seed Bank is discreet and 100% safe.

Why toil away spraying plants with colloidal silver or silver thiosulfate when one can get a guaranteed batch of high-quality female seeds from one of the most trusted seed banks on the internet? Believe us when we say that the money you invest in our batch of feminized seeds will be worth it because we sell nothing but the best of the best. With our help, growers won’t have to worry about knowing how to feminize seeds.