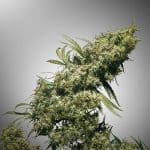 Indica vs Sativa: What are the Differences?

When you are shopping for medical cannabis types or marijuana one of the things you’re bound to run into are the various strains. The two most common groups are sativa and indica. Each strain has its own unique set of traits.  Indica strains, for instance, are believed to have sedating qualities which are perfect for relaxing people making it perfect for those who have problems sleeping. The Sativas plants help to invigorate, and so it works well when combined with some form of physical activity like exercise perhaps.

Both medical cannabis or marijuana strains tend to deliver distinct effects. That’s why when you are out shopping for medical cannabis it is one of the first things that a store owner will ask. However, research carried out on both these strains of cannabis show that the categories aren’t prescriptive as some people may believe. In other words, the suggestion that sativa and indica have consistent patterns or chemical profiles for that matter isn’t exactly correct. What we do know is that both indica and sativa strains of cannabis will look different and will grow differently too, but it is a distinction that’s only useful for those cultivating it.

Indica Vs Sativa – The origin of the term and its evolution

Marijuana’s terms of sativa and indica were first used back in the 18th century to describe two different types of cannabis. Carl Linnaeus named hemp plants in Europe and some parts of western Eurasia as sativa. The plants were back then cultivated for mainly fiber and seeds. Indica was named by Jean-Baptiste Lamarck, and it was a name given to cannabis with psychoactive varieties grown in India where it was harvested for fiber and seed but was also used as hashish, i.e. a drug.

What Does Research Say About Both These Strains of Cannabis?

Human beings are not exactly known for being ones to adapt to change all that quickly even if research shows something contrary to what we believe. However, it is useful to a certain extent mainly because today there are dozens of strains of marijuana and even more products so where do you start? Keep in mind that not all sativas is intended to energize you and the same goes for all indica strains with sedating abilities.

When you are out shopping for marijuana, you’ll want to familiarize yourself with two terms, i.e. terpenes and cannabinoids. The two words have distinct meanings and reflect your use of the item, substance or product which is independent of whether you choose the sativa strain or the indica strain of cannabis. We will dive deeper into this below.

Understanding the So-Called Predictive Effects of Marijuana or cannabis

The medical effects of both sativas plants and indica strains plants depend on various factors which include the chemical profile of the product, the body’s own biology, dosage, consumption methodology and tolerance to it. Obviously, people who use more of it tend to develop a tolerance and will require higher doses of for instance CBD. Though understanding these factors will help you find the perfect strain that works for you.

What Cannabinoids are in Cannabis?

Any given sativa and indica plants of cannabis or marijuana plants are comprised of hundreds if not thousands of various chemical compounds which create a unique medical effect, further led by the presence of terpenes and cannabinoids. THC and CBD are two cannabinoids and happen to be the most common. They are the main drivers of various therapeutic effects and the recreational high some people may chase.

Cannabis or marijuana consists of hundreds of these cannabinoids, though the above two is a good place to start. Then instead of choosing a sativa plant or an indica strain of plants, make sure that your selection is based on the below features:

Interestingly both sativa and indica strains of marijuana or cannabis tend to exhibit different cannabinoid profiles. In the old days, people assumed that higher CBD levels lead to sedation and that you could get more CBD in mainly indica strains but today we know that isn’t the case. However, it is possible to get more CBD in some sativa cultivations, but there is no systematic relationship between the two like it was previously assumed.

Anyone who has ever been into aromatherapy knows that it is used to invigorate the body and mind. Terpenes are mainly aromatic or scent compounds produced usually by fruit and plants. They are found in hops, flowers, pepper, marijuana, etc. Terpenes are secreted by the same parts of the plant that secrete CBD and THC which is why cannabis tends to smell like berries, fuel, and pine sometimes.

Similar to how essential oils are vaporized in a diffuser marijuana’s terpenes can also be used to stimulate as well as sedate a person. Pinenes is one such instance, which has alerting qualities, on the other hand, linalool relaxes people. That said there are many different kinds of terpenes and each sativa plants and indica strain has their own.

Interestingly researchers say that indica or sativa’s morphology will not govern or determine any of these aromatic effects. Though there is some degree of consistency found in these strains. Take the Tangie strain for instance which delivers an aroma similar to citrus fruit.

People who are in the market to buy marijuana over the counter would want to smell the strains to find ones that stand out. By smelling strains of cannabis, you are in fact gaining some understanding of each one of these strains when it comes to them containing terpenes and cannabinoids. The knowledge will assist you with future purchases as you develop an intuition for them.

Consider Dosing, Your Biology, and Consumption of cannabis

The decision on what strain of marijuana to choose will be based on a couple of questions. Below is what we think you should consider:

Above is an oversimplified version of what should be considered when choosing sativa strains or indica plants of cannabis or marijuana. However, if you find that any one of these strains has the best effect for you then stick with it. Though if you’re searching for an ideal strain, these happen to be very important considerations.

Conclusion – What is Right Is Only Right for You!

Now before you end up choosing either indica plants or a sativa plants of marijuana, there is a third type to consider too, i.e. a hybrid. The hybrid strain is something in between both the major strains of marijuana. Their characteristics vary depending on their parent strains.

Sure it can be confusing with so many sativa strains and indica strains of cannabis types. As someone who is a budtender it is your job to know every strain and the more you know, the more questions there are about each strain. As a consumer though having a basic understanding of things like terpenes, CBD, THC, cannabinoids and consumption methodology can go a long way to choosing the right product. Though what is right for you may not be a good choice for others. So, each person needs to figure out what works for them.

In all honesty, cannabis types or marijuana may not be as simple to classify and understand as we’d all want it to be. It is a diverse system of plants, and each one is unique. It is so vast that even researchers have problems keeping up with it. Though it is that complexity that makes it a remarkable plant, a potential cure for just about anything, even boredom!