Is it safe to grow weed at home? 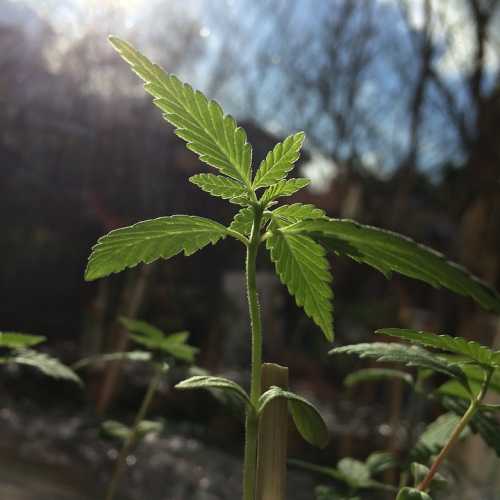 Aside from the positive impacts that marijuana could provide especially for medical purposes and is highly adored because of its benefits instead of negative effects of its consumption compared to junk foods, alcoholic drinks and beverages, and cigarettes, weeds impose a great threat not just to health and property but also to our environment.

According to John Martyny of National Jewish Health and an associate professor for the University of Colorado Denver, "Living with a greenhouse in your house is hazardous to your health — so hazardous that adults who expose children to such an environment are guilty of child abuse." But why is that? Because during the conducted tests, there's a presence of extreme levels of mold and spores in the atmosphere where the plantation is being kept which is highly considered to have a great impact to one's health once inhaled. It is highly advised to make use of masks or laboratory suits as entering its greenhouses could damage the exposed individuals' respiratory system because of the compounds from fertilizers and pesticides trapped inside. The greenhouse's drainage system which would keep the plants hydrated and stabilized the environment's humidity would certainly moist some building materials especially in ceiling, wall and flooring materials which could result in excessive mold growth and simultaneously exposes to further damages. Basically, pesticides are being used to keep the pests away from plants but not to the entire area as it couldn't prevent the infestations of rodents, bedbugs, and even termites due to its wet conditions.

Marijuana pollution is an unsustainable byproduct of marijuana agriculture and its effects are visibly detected in water, land, and air. The high greenhouse gas emissions such as carbon dioxide and methane are one of its great threat to our environment and to its inhabitants. Outdoor plantation especially to areas where weed plantation is highly prohibited, growers opt for a  land conversion diverting local streams to water the crops neglecting the effects to its surrounding environment which foreseen outcomes can be dreadful to local wildlife who may ingest toxic pesticides and fertilizers used for growing the crops.

People may perceive the legalization of weed as basically a great potential as an alternative for aiding different types of ailments that are known to be having no certain medications but does it really arrives without other negative impacts? Aside from its negative effects on the environment, how about the individual being applied with this so-called miracle medicine, will there be no consequences to face on the future? Because not every good thing doesn't come with a price.

But still, there are countless individuals who promoted certain plantations and inspiring other growers to cultivate cannabis indoors aside from having a more secure operation, it enables the cultivators to control and fine tune all the growing conditions with the aid of cannabis growing guide compared to outdoors by which the growth or the results greatly varies to the weather conditions outside. But no matter what the results are, consumers carry heavier responsibilities as they are the one who gives certain motivations to growers and must practice moderation and discipline as this could help you attain much more pleasure than discomfort in the future.