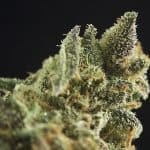 Methods to Pass a Drug Test After Taking Cannabis

Random drug tests have become a very common practice in many places of employment and it often spells danger for people who take cannabis. Drug tests are also sometimes mandatory for new applicants, especially if the employer has a strict anti-drug policy in place.

Depending on how frequently one smokes cannabis, the THC can remain in the bloodstream for up to 90 days. For occasional users, it usually lasts for up to 3 days at most, but anyone who wants to get hired by an employer should do so without any sort of substance in his or her body. The good news is there is a way to remove THC from your bloodstream, and that is what we will be exploring in this article.

Know What Kind of Drug Test You Will Take

There are many ways to conduct a drug test, but the most commonly used method is urinalysis. This involves examining one’s urine to check if there are traces of cannabis or any other unwanted substances in the body. Around 75% of drug tests are conducted through this method; blood and hair tests, on the other hand, make up for 24%, while the remaining 1% is done through saliva tests.

Most employers conduct their drug tests through third-party labs. Test takers are given an address and a scheduled time for the drug test. There are also some cases wherein the drug test will be performed in one’s place of employment. Either way, the results usually arrive after a few days. This article will deal with the most common drug testing method which is urinalysis.

What One Shouldn’t Do

The following are not capable of removing marijuana from one’s system:

Any articles that you one might come across saying that the items listed above can help remove cannabis from the bloodstream should be taken with a pinch of salt. These claims are nothing but myths and most of them have never even been proven to work. The sad thing is that these claims continue to be spread online even though none of them will ever pass modern day drug tests.

Going with a Natural Cleanse

It is important to remember that there is no “magical” method that will permanently remove cannabis from your system overnight. Those who are in good health and shape can remove it in 4 to 6 weeks by going on a detox diet combined with regular exercise. How quickly the results show will depend on the person’s health, metabolism and toxin levels.

Here are some natural ways that can help one cleanse their body marijuana naturally:

Same day cleansing kits are also available for those who want to remove toxins from their body within 24 hours albeit temporarily. The kit targets the urinary tract and bladder, and flushes out toxin metabolites from these areas, thereby giving the person a 6-hour window to submit a clean urine sample.

The THC and other toxin metabolites will gradually make their way back to the bladder once the body slowly begins to detox itself naturally. Same day cleaning products will work as long as they are purchased from a reliable source. It is a nice temporary fix but should only be used as a last resort depending on the situation and the circumstances.