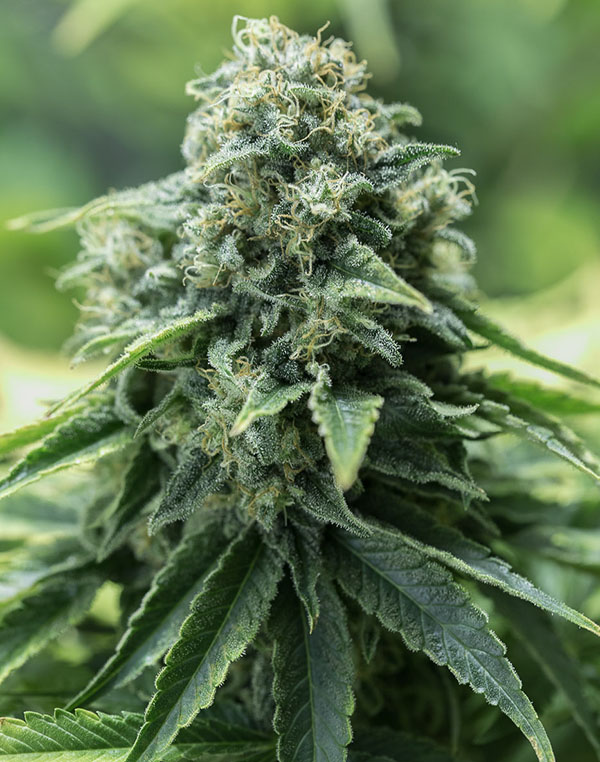 When you hear the name Super Glue Strain, what is the first thing that comes in your mind? Did you wonder why it was called superglue? If you are one of those who asked the same question, its time to shed some light on this strain.

If you are looking for a strain that will offer you a relaxing effect, SuperGlue is famous for it. Trying SuperGlue will make you glued to the continued state of relaxation. SuperGlue is Indica dominant and a crossbreed of Northern Lights and Afghan, and it comes with thick buds with high potency.

Looking at the appearance of SuperGlue strain, you will immediately determine that it belongs to Indica. But the flower of this plant offers a rancid smell with some hints of sour-sweet features. When you grind the herbs of SuperGlue, the scent will become spicy and wood-like.

SuperGlue Strain started its popularity after it won as the third place for the best Sativa during the NorCal High Times Cannabis Cup 2015, which was conducted by Vallejo Patients Care. There is no clear information about who originally made this SuperGlue, yet Seedism Seeds is popular for its SuperGlue bud. If you are looking for the best place to buy marijuana seeds, there are many popular recommendations besides Seedism seeds. Most of them offer excellent marijuana seed online that you can grow in your backyard.

Since this is a crossbreed of Afghani and Northern Lights, you will eventually know that SuperGlue is a quality kush that you would love to try. SuperGlue has maintained its popularity in the west coast of the United States, but its excellent reputation is known globally. SuperGlue is well-loved because of its high yield and exceptional high, which makes it a cash crop during the warmer weather.

The Northern Lights is very popular and most-used in northern Europe while the Afghani is known as the OG of Indica cush, which creates a prodigal sticky bud. The popularity of SuperGlue started in the year 2015 after it gained its fame during the Cannabis Cup. Unfortunately, this popularity of SuperGlue was taken over by its cousin GorillaGlue. Despite unfortunate take over and not being given much praise, SuperGlue is a crazy glue strain that is still considered as a great choice. It is less of a couch lock and has less THC, which makes SuperGlue more sociable.

The Super Glue strain is characterized by a distinctive smell leaning towards a heavy chemical or diesel smell, coupled with a woodsy scent, and a strong citrus streak. It can be best described as a lemony fresh wood furniture cleaner kind of smell. It is oddly satisfying in a wood shed or living room setting. It also tastes like it sounds. It lingers on the palate with a sweet woody pine, citrus-like, chemical taste.It is unique, distinctively pungent and almost sticky sweet at the same time.

Users often experience dry mouth, and for a minority, dry eyes. There have also been other adverse reactions like anxiety attacks, paranoia and some cases of dizziness. Super Glue has less side effects than others, but it can happen for some.

For medicinal purposes, Super Glue helps a lot when experiencing stress, depression and pain. It also works well with insomnia, as users can get sleepy when they toke while lying on the sofa. It also helps boost the appetite beside the munchies which some people experience when having marijuana. It induces a state of happiness, and users also experience total body relaxation from this weed. It can also help in the treatment of muscle spasms, chronic fatigue, pain and tremors.

The first toke can bring a feeling of relaxation but, at the same time, it also induces the mind to focus. The effects of Super Glue are varied and it may differ between individuals. With a clear focused mind, the person can be able to continue working, however, if the person’s aim is to sleep, he can be dozing off without any problems.

When planted outdoors, the expected flowering time is 9 to 10 weeks. In contrast, the controlled growing environment afforded by indoor growing allows Super Glue to flower in 8 weeks or less. Indoor yields are between 14 to 18 ounces, while outdoor grown weed yield 14 to 22 ounces.

Is Super Glue a Sativa or Indica?

SuperGlue is a crossbreed of Afghan and Northern Lights, and it is an Indica dominant hybrid with a ratio of 60:40. Although this split typically yields stable strains with well-known and documented effects, Super Glue has produces atypical reactions. The hybrid results in a potent strain that comes with thick buds that are filled with trichomes. If you have smelled SuperGlue strain, you will feel like you are walking into a fresh forest because of its fresh, bold, and piney flavor. As soon as you start toking, the Krazy glue strain flavor will be defined as woody and earthy. For inexperienced tokers, give some extra caution because the 18% to 19% of THC can knock your socks off. Although the THC level is not as high as others, Super Glue is noted for its varied effects and gives users a calming and relaxing feeling, while at the same time helps the person to focus. It is not often that a weed can be both body relaxing and mind focused.

SuperGlue OG seed can be a great alternative for other cannabis strains Bubba Kush seed and Acapulco Gold seed if you are looking for a plant to cultivate indoors or outdoors. This is one of the autoflower marijuana seeds, which is great for new growers. If you are looking for mmj seeds that you can grow at home and will help you with your medical condition, you should consider buying Super Glue strain.

Super Glue strain is one of many glue variants and close cousins like Krazy Glue and Gorilla Glue. This does not mean that it also closely follows the traits of the other glue strains. On the contrary, this is a distinct marijuana strain which has almost contradictory effects on a person. It relaxes the body and can help when a person has trouble sleeping, but it also contributes to focus and a sharp mind. It smells of a walk in the pine woods, with a decidedly chemical diesel smell. It usually works well, but it is alway better to err on the side of caution and start slow when taking Super Glue.

The Super Glue Strain is living to its name. But if you are interested in growing SuperGlue seeds indoors or outdoors, you need to give some time and effort to make it grow and reach its flowering time. Starting with SuperGlue should start with a small dose. Afterward, you can decide if you need or want a higher dose or stick with what you have.