What is the difference between sativa and indica cannabis strains? 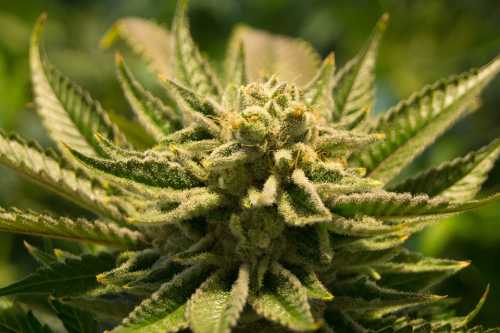 Stated by Johnny Green, Indica and Sativa marijuana are the two major types of cannabis plants that can be mixed together to create hybrid strains owning different ranges of effects on the body and mind, producing a wide range of medicinal benefits to its consumers. The genetics and variations must be clearly understood by each grower before knowing how to grow cannabis.

The differences of Sativa and Indica can be visibly seen through its appearances such as the pattern of its growth and the composition of its leaves and buds.  When it comes to finding its differences by the way of consuming it, then you could possibly find out how the effects differ to the other. According to growers and consumers, genetics and the origin of the strains affect the weed's looks and tastes.

Indica developed a thicker coating of resin to shield itself from harsh winters as that plant is grown in less temperate climates, and produces a larger, less dense leaves and flowers, and typically grow short and wide making it admirably accommodated for indoor growing. The extra resin generated by Indica indicates a more powerful effect. On the other hand, sativa which looks tight and compact, appears to be more accustomed to nature growing more slowly and requires fewer resins to protect itself from the climate. It is best suited for outdoor growing because of its growth pattern, appearing to be a tall and thin plant. Even the flowering and harvest time gives a clear distinction between the two strains.

But today, you can't rely on using the appearance in determining either a plant is a sativa or indica because of hybridization and several techniques harnessed by growers such as the window dressing where trimming and pruning are habitually practiced just to attain the desired quality of the product.

The effect experienced by the consumer from smoking Indica bud gives a strong physical body high that relieves you from body pain, spasms, headaches, migraines, anxiety or stress, and relaxes the muscles and reduces seizures that will surely make you sleepy and calm. A Sativa high is known to be more energetic and uplifting, best suited for daytime smoking. It stimulates and energizes cerebral activities which could result in an increasing level of focus and creativity. It's also a great alternative for individuals who seek of having the feeling of wellbeing as it helps to fight depression.

According to Ethan Russo,  a neurologist whose research in cannabis psychopharmacology is respected worldwide, “The way that the sativa and indica labels are utilized in commerce is nonsense ... The clinical effects of the cannabis chemovar have nothing to do with whether the plant is tall and sparse vs. short and bushy, or whether the leaflets are narrow or broad.”

And a chemist who founded The Werc Shop, the first independent testing lab to analyze cannabis terpenes in a commercial capacity,  named Jeffrey Raber, Ph.D. replied that “There is no factual or scientific basis to making these broad sweeping recommendations, and it needs to stop today. What we need to seek to understand better is which standardized cannabis composition is causing which effects, when delivered in which fashions, at which specific dosages, to which types of consumers.”

The statements of the two researchers signify that not all sativas will energize you, and not all indicas will sedate you as the effects of any given strain depends on the chemical compound of the strain, your own physique and tolerance to the compounds, and the dose you intake. Understand what effects does your body truly needs and how these factors alter the experience and you’ll have the best probability of obtaining the ideal strain for your own consumption.